Takes a little bit of crazy to make a difference . .

I recently acted as driver, PA, helper, coolie and general admin-boy for Ramashish Joshi (my mama) on one of his excursions to the innards of Konkan. He was on a tight itinerary covering the village of Harihareshwar and surrounding hamlets espousing the cause of the newly setup Government of India's biodiversity committee plan to various gram panchayats (village councils). To give you a brief introduction, Ramashish Joshi works with Sahyadri Nisarga Mitra (An organization engaged in conservation of marine turtle, whitebellied sea eagle, vulture, Indian swiftlet and other birds in the Konkan region). He is also involved in various other activities of a socially collaborative nature in Chiplun, Maharashtra and is active in ecological conservation activities throughout the Western Ghats and Konkan region.

On that trip, as mama stretched our (I was accompanied by my wife who stood up to the challenge as well) physical endurance to it's limits with his seemingly inexhaustible supply of energy, I realised a simple fact - it takes a little bit of crazy to make a difference. 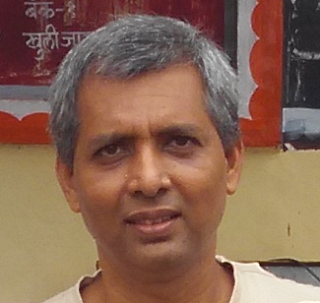 He and I share the same birthday. People feel we also share a lot of other characteristics. But I think the similarities end at our birthday. I really wouldn't have the guts to live the life he has led to this point. We've often disagreed on various things. We've had our differences on many, many, many issues (particularly on matters of my behaviour through college; yes I do come off looking rather bad), but one thing we can both agree on is his "craziness" quotient. No arguments there.

Maybe it is time for all of us to become a "little crazy" ourselves . . Maybe crazy is what we really need.