Breaking the Myth - Windows is User-Friendly

Got myself a new machine recently. Had FreeDOS out of the box so it was up to me to get it up and running; the way I like it. I chose Windows 10 Insider Preview version and the latest Ubuntu 15.04 (Vivid Vervet) distribution for my dual-boot configuration. Let's just say that Windows 10 is still WIP - and how! But that's not the point. Even if I was using Windows 7 or 8, I still feel that the mantle of user-friendliness need not sit with Microsoft any longer. Here's a few quick points of comparison. 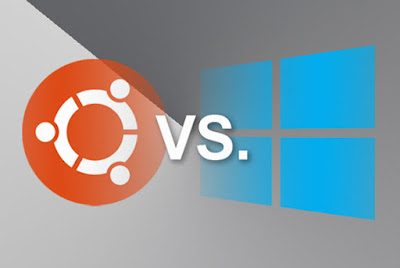 In summary, I must say that Ubuntu and the Linux community have bridged the gap between Microsoft and open source linux distributions fast and well. No longer can we say that Windows is more user-friendly. Not at all. In fact, as a user; I wouldn't use Windows if I had a viable alternative for Microsoft Office. The day is not far when the open source community cracks that problem too.

In anticipation for that day, I'm starting off with Google Docs just in case. :-)
Posted by Virag Padalkar at 13:26