What Modi did not Foresee 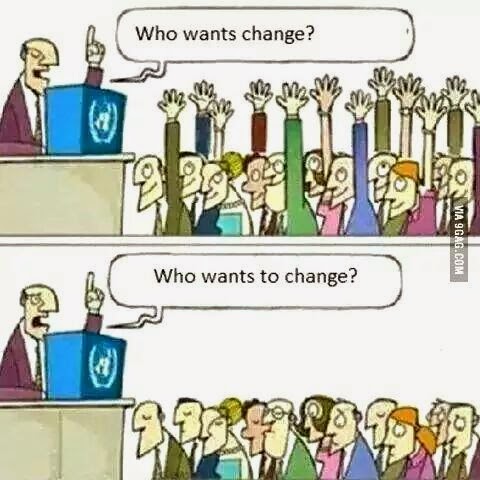 I read an article today in the Times of India that the Dhangar community in Maharashtra is threatening to convert en masse to Christianity if they are not given an SC certificate. Pravin Togadia is issuing inexplicable statements that he will preside over the rebirth of a 100% Hindu rashtra. Bajrang Dal is starting idiotic programs of "Bahu lao beti bachao", right-wing fringe groups are vandalizing shows of the movie "PK" and Azam Khan's buffalos are still missing. India is going crazy.

It's time to speak up about the conversion issue. I've been reading and watching people behave like fools. Righteous leaders are talking about how hindus were led astray and pompous self-proclaimed guardians of the "faith" are talking about how they had predicted Modi would turn out to be a Hindu bigot in disguise.This descent into madness is something that is sad to see. For a nation poised on the cusp of greatness on the global stage, it is heart-breaking to see us turn right around and try to head into the dark ages slamming our backs on rationality and progress.

Conversion is a non-isse. Organized religion is obsolete. There have been numerous studies highlighting the negative correlation between education/intelligence and religiosity. I need not publish those here. That's not the point of my post.

2014 has definitely been the year of Modi. He took over the reigns of the country from a robot with a very limited range of instruction-sets. "Theek hai na . .?" had become the buzzword of the year. Modi's main opponent was RaGa backed by Diggy and co (both an insult to the senses and direct proof that man has indeed descended from monkeys). Modi's decisions as soon as he took over office were on the right track -

But unfortunately, he forgot to take into account a very big aspect of the Indian political situation. That we are racist idiots. That we'd rather sit and bicker about religion and caste than take constructive steps towards modernization. That we'd rather vandalize movie theaters for an imagined slight than contribute constructively on www.mygov.in. That we'd rather focus on conversion than community development. There's no doubt about it - in his desire for progress and development, Modi forgot to sit back and ask himself whether we deserve all the things he has envisioned for us? While Modi is talking about smart cities, we are conducting pujas of "ghar wapsi". While Modi is talking about building a futuristic Singapore-like infrastructure in the new capital of Andhra Pradesh, we are bickering about how Lord Shiva was offended by a scene in the movie PK. While Modi is talking of Japanese investment to the tune of USD 34 billion over the next 5 years, we are talking of transferring the Taj Mahal to the Waqf Board because it was built by Muslims for Muslims. While Modi is urging Indians to bring in respect for women as part of our DNA, we are busy barring women from entering libraries.

We really need to enter the 21st century. The biggest problems before the world are eradication of hunger, health and climate change. We need to realise that religion is the least important thing we should be worried about. Even if we forget the global stage, we have a lot more important things to look at right here in India than the question of which religion to follow. As a concept, religion is dying. It is obsolete. It is outmoded. It is irrelevant. And it needs to be relegated to obscurity behind closed doors. it is time to change.

We need more reason than religion.
Posted by Virag Padalkar at 21:50